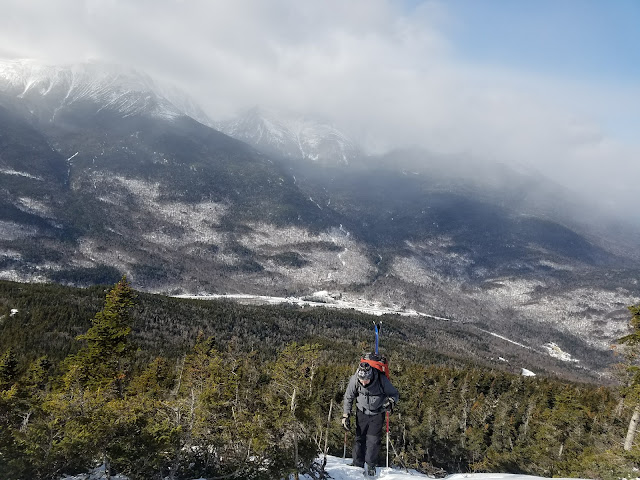 This was my second trip up Wildcat D (both times hiking up and skiing down). The temperature on my car thermostat read -9 shortly before starting. As a result, my phone didn't make it out of my pocket often for pictures. 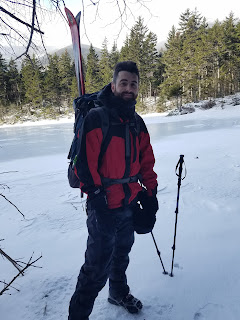 The trail was packed and frozen, but it was clear that no one had been on it for a few days. We did not use snowshoes, and never felt like we needed them. Microspikes the whole way up. The Wildcat Ridge Trail to the Wildcat D summit is only 2.2 miles long, but carries 3,500 feet of elevation gain. As a result, it is quite steep. Most of the pitches could be handled with careful walking. There were probably 4-5 which involved a little more creativity using trees for hand holds or "anchoring" in with trekking poles. 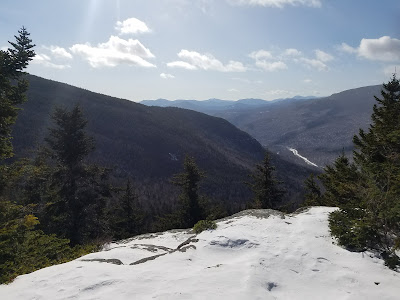 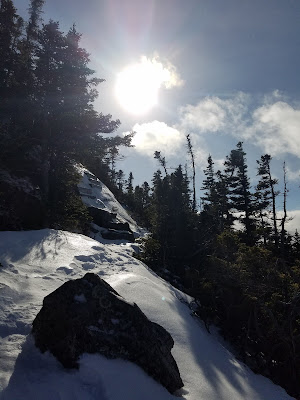 Full crampons and an ice axe would have made it easier, but I'd say it was passable with spikes and a little bit of caution this time. I could see it freezing in such a way that would really make crampons and ice axes essential. 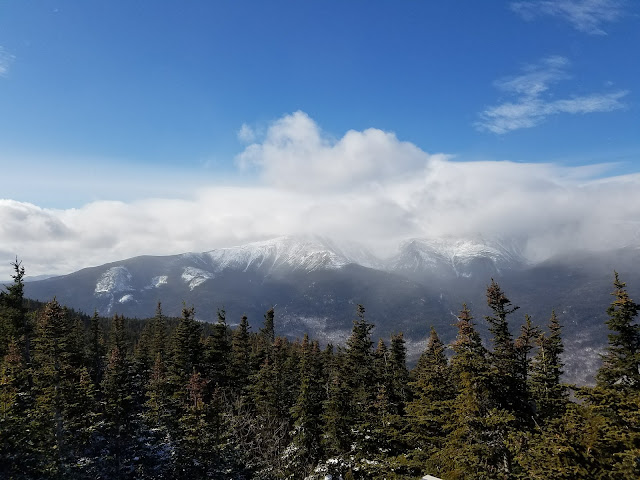 We made it to the top in a little over 3 hours which felt pretty slow. Part of the slow pace was a result of staring at pitches and figuring out the best way up. Transitioning from hiking boots to ski boots was terrible. Boots were frozen and rigid. It took the better part of half an hour to change gear. The ski ride down was a total of about 5 minutes down the polecat trail.

Casualties: Steve's helmet blew off the mountain while we were putting our boots on.

Posted by michael.j.maxwell at 9:01 AM