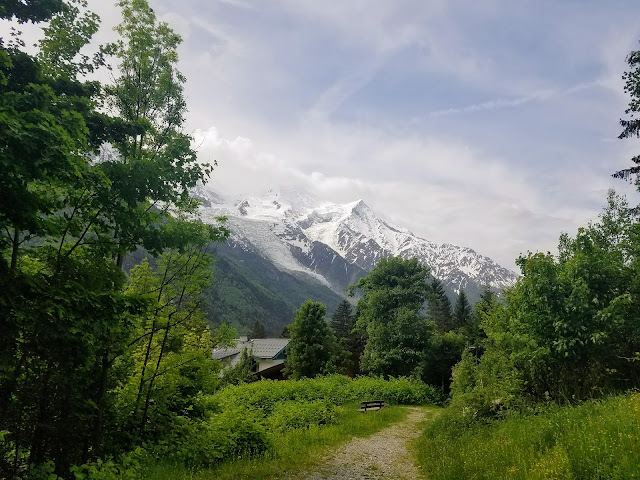 I had kicked around a number of different ideas including some traditional summer routes on the subpeaks of Mount Blanc. One of them required taking a cable car to the trailhead. At the base, I spoke some broken French to a guide to assess the feasibility of my plan. This wasn't working, so I showed her on the map. In very clear English she said "forget about it" and then did a pretty clear hand gesture indicating avalanches. I went to a mountain climbing guide HQ to propose some other routes and they confirmed this problem. 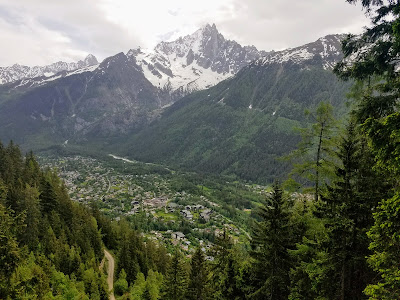 As a result, I ended up heading to the opposite side of the valley toward the summit of Le Brevent. The top section was also closed for "unstable trail conditions", but I could get up to a subpeak called Planpraz. The trail was beautiful and started on some winding footpaths in the valley before climbing up a mix of glades ski trails, access paths, and some switchbacks up steeper ski trails. 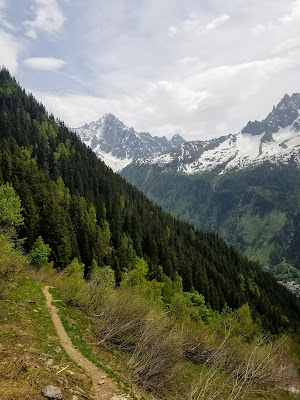 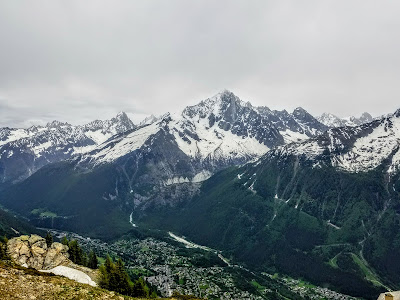 At the summit there was a little cafe (mostly accessed via cable car) serving coffee, sandwiches and beer. Great contrast to white mountain hiking. 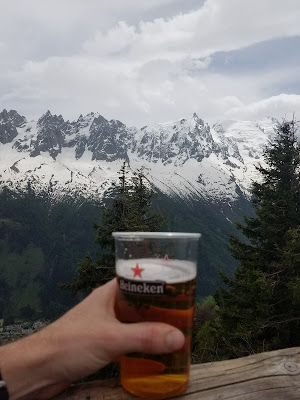 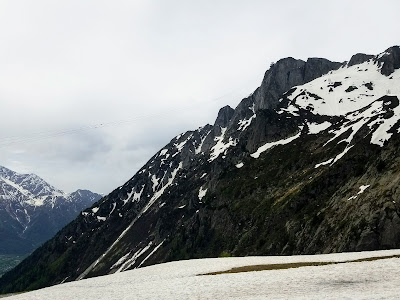 Posted by michael.j.maxwell at 5:44 PM