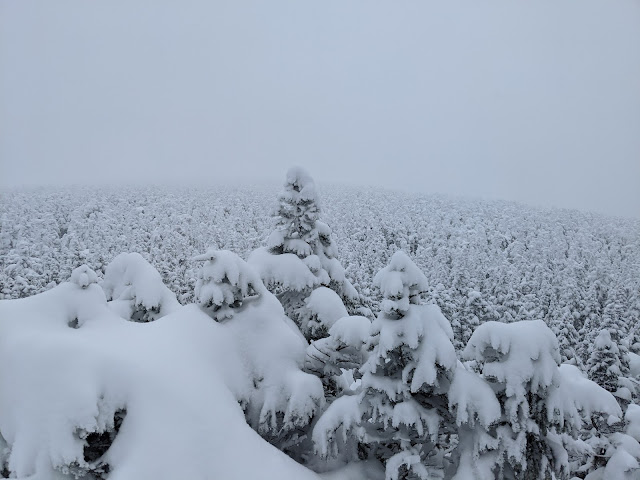 Solo hike up Mount Moosilauke via the Beaver Brook Trail from the Kanc. Much more fresh snow than was forecast. Not quite trail breaking, but definitely working for it with the snowshoes. Single digit temps at the base. 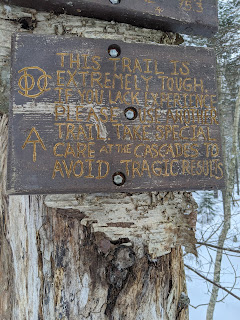 This trail is much rougher and steeper than the more traditional way up Gorge Brook. I put snow shoes on early and never took them off.

I had an ice axe and used it (because I had it), but it certainly wasn't entirely necessary.

Approaching the summit, a Forest Serviceman told me that the summit was in total white-out and to keep an eye out for some college-aged kids to make sure they had made it down. I asked if there was any reason to think they wouldn't, and he just said "they're wearing fucking sweat pants"

I bumped into the kids approaching the treeline. They were wearing sweat pants, but were smart enough to have turned around before the summit. 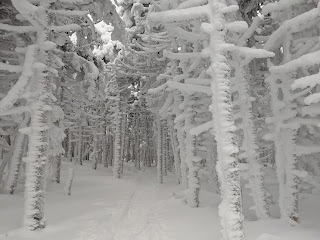 I decided to take a look at it, but having been up twice, I wasn't going to push it. Quickly after leaving the comfort of the treeline, the wind picked up. Wind chill was ~ -20F to -30F (based on weather reports). At first I could see Cairn to Cairn but I got to one just shy of the summit and could not see the next one. In fact, when I turned around to back track, I could barely make out the one I had come from. Very disorienting. Gave me a lot of perspective on how easy it would be to get lost.

I made my way back to the trees and got down right around book time (5:20) 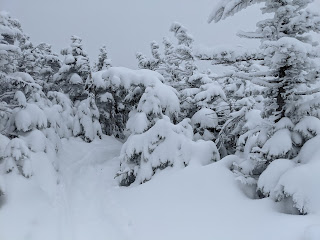 Posted by michael.j.maxwell at 1:28 PM 4 comments