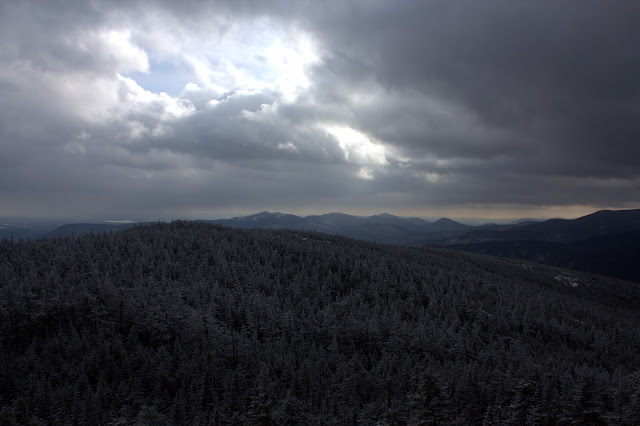 Headed north around 6:30 arriving at the Carter-Moriah trailhead in Gorham at about 9:45. The out-and-back trip up to the Moriah Summit is 9 miles with 3,550 feet of elevation gain with a book time of 6 hours, 15 minutes.

There was very little snow, but the trail was frozen from the parking lot. Footing was tough right away, and I had to take hard steps with the microspikes to gain good traction. For the most part the bottom third of the trail was very fast moving and not too steep. I was trying out my new winter boots for the first time (Solomon X Ultra Winter) and opened up some solid blisters almost immediately (which was expected).

The middle third of the trail was not as fun. There were lots of short steep sections which would have been fine if they were dry or well covered in snow; however, the thick layer of hardened ice made them very challenging to navigate with just microspikes. Full crampons would have been much better. On a few of the steeper sections, I actually backtracked to make sure I could safely get down them too. I didn't want to get all the way to the top and figure out that it was too slippery to get down.

The summit had awesome views in all directions and the wind was light so I was able to enjoy it for a bit. 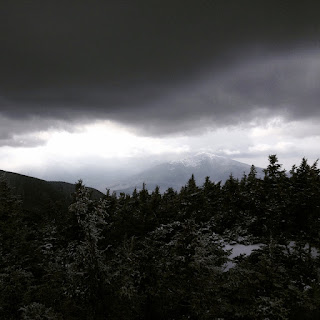 The way down was pretty quick but challenging. The steeper sections required sledding on my butt and using the spikes to keep from going to fast. Pretty sore all over by the time I got down. Here's an example of one of the trickier rock slides: 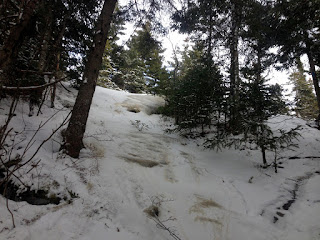 I made it down in just under 6 hours which was pretty good considering the amount of time I spent staring at the steep parts figuring out the best way up or down. There were a few other groups on the trail and everyone had some form of traction. The few with crampons seemed to be cruising. I saw one guy with Yak-Tracks (just chains, no spikes) I have no idea how he made it down. Must have sledded the whole way.

I also tried out my Spot PLB tracking for the first time. It spits out a cool report that shows your time splits every 10 minutes: 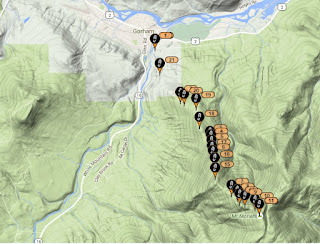