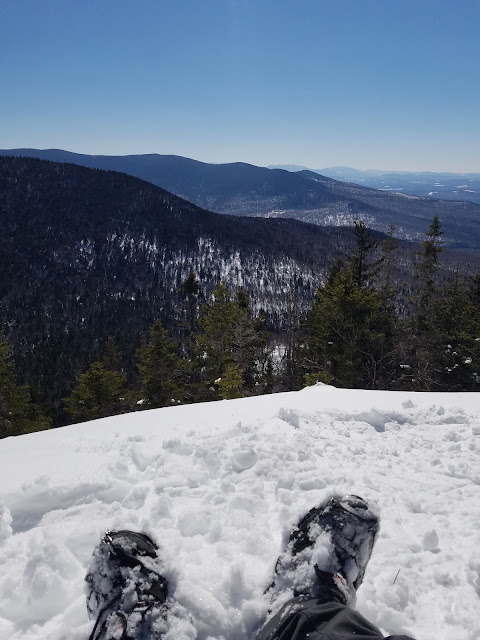 There's a reason I haven't gotten around to doing Cabot yet. It's nearly 4 hours to the trail head from my house, its not known for having great views, and if you read about access, the logistics are a bit of a nightmare (land disputes, gated parking lots, calling ahead to the fish hatchery to get in, etc.)

I picked up my cousin Anthony at 5:45 and we made our way north. The gate is apparently buried by snow, I never saw it. There were several dozen cars at the trail head. It hadn't snowed for over a week and after a conversation with hikers familiar with the trail, we opted to leave the snowshoes in the car.

The trail was hard packed and we made great time to the Kilkenny Ridge Trail. At that point it starts getting steeper and we made slow progress toward the cabin. Nearing the cabin, we bumped into a dude descending the trail who noted our lack of snowshoes and told us that we were going to have a lot of trouble after the hut. According to him, the trail was very soft and he was sinking down to his knees even with snowshoes on. He also told us that his SAR buddies were getting tired if rescuing guys like us. 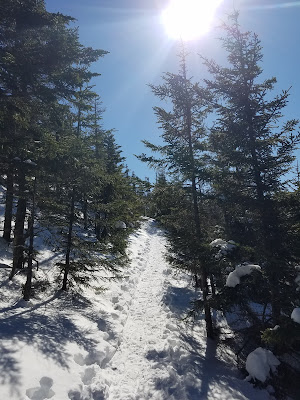 I was concerned, but we kept going anyway. We stopped at the hut for some lunch and talked to a few hikers who had just come down from the summit. They confirmed that we did not need snowshoes, the trail was fine, and they had also encountered "the snowshoe police". Trail was well packed all the way to the top. We weren't sinking in to our toes let alone knees without snowshoes. This asshat lied and tried to turn us around 0.5 miles from the summit to fulfill some destiny of self-righteousness. 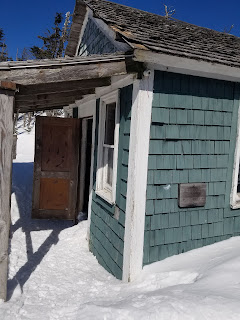 Anyway, weather was perfect and there were a lot of people out enjoying the trail. Not a cloud in the sky and temps in the high 20s. Very hard to beat. I also found that after reading all of the reasons not to hike it, I found it to be quite underrated. There are some pretty great views and the remoteness definitely adds something. It's a nice hike. 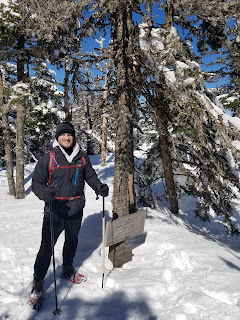 We got down in just over 5 hours (well ahead of book). Not bad for 9.6 miles and 2,400 of elevation gain. This was Anthony's 3rd NH 4,000 footer and he did great.  We grabbed a beer and Woodstock and made the long drive back home. 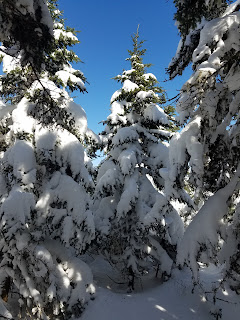 This marked the 47th on my long journey to get all 48. I'm really looking forward to checking off Monroe. I'm tentatively planning on getting it with a big group Presi-Traverse this summer.