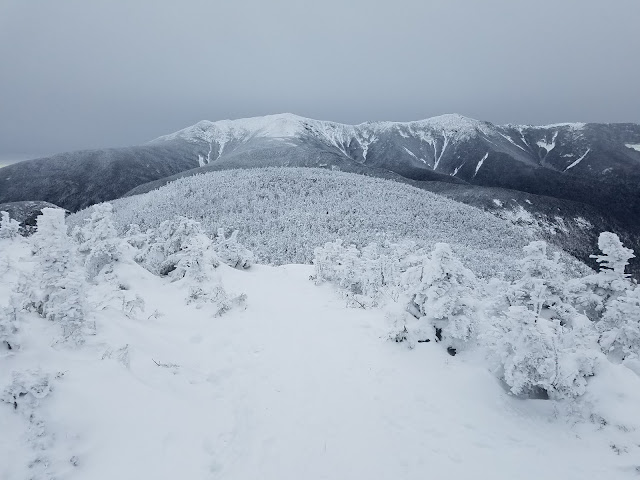 Back to Cannon again. I was headed up solo and trying to get down and back to Boston before a big snow storm that was supposed to start in the evening. I also got a late start from home, so the thinking here was to hike up something I could ski down quickly to minimize my risk of getting caught out. 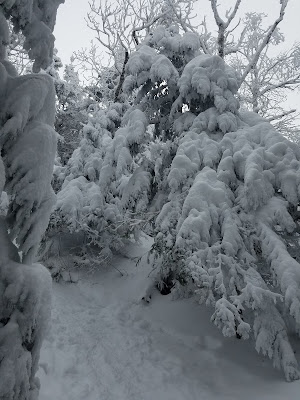 Cannon is a good candidate since it's close to the highway, well traveled, and short (2.2 miles( to the summit via Kinsman Ridge from the Tramway. 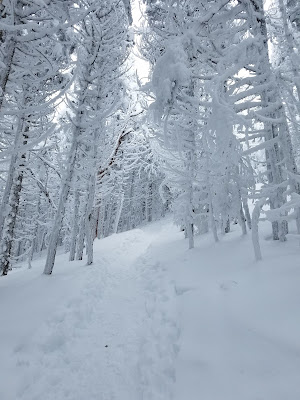 The trail is brutally steep. It climbs 1,500 feet in the first 0.9 miles. This was a frustrating one because it had snowed a lot recently and all of the branches were loaded up with snow and hanging about 7 feet above the trail. With my skis on my back, I was constantly dumping pikes of snow down the back of my neck. 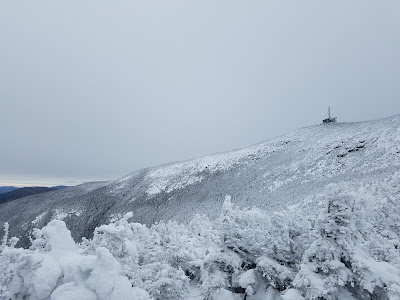 I made it to the top in a little over two hours. Grabbed some chilli and a beer at the top, and then bombed back down to my car. Unfortunately, not many trails were open leading back to the Tramway so I had to do some pretty tough skiing for my first run of the season. 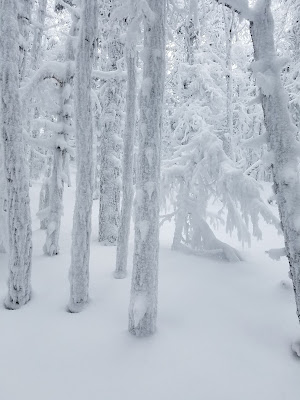