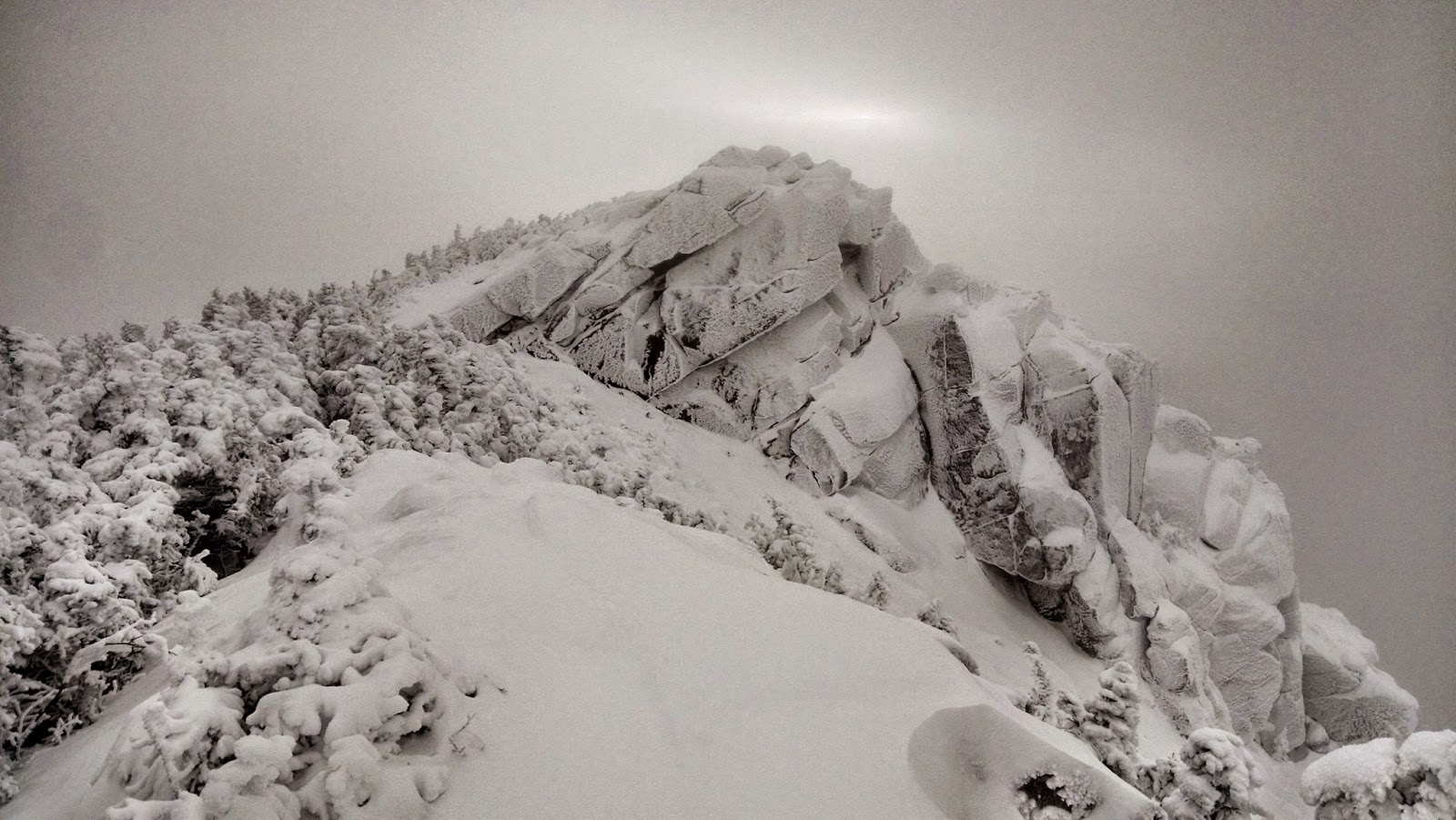 Jimmy and I headed up from Londonderry early with the intention to drive up to Mount Moriah in Gorham. The forecast called for snow turning to rain in the late morning. Neither of us had much interest in hiking in freezing rain, but we hoped to start early enough to beat the rain and be at high enough elevation that it would stay snow where we were. Unfortunately, the snow on the drive north was substantial enough that it made 93N pretty sloppy. It was a slow drive, and we had little confidence that we could make it all the way to Gorham safely with enough time to finish the hike in the daylight.

We considered several alternatives but ultimately settled on Mount Liberty due to its proximity to 93, and the fact that I had safely climbed it in November previously. We used snow shoes from the beginning which was fine, although I suspect we could have gotten away with microspikes for the first mile or so. I had forgotten how consistently steep the Liberty Springs trail is. There are no switchbacks, or brief downhills, or even flats. Its pretty much a straight shot up to the ridge. It was a tough walk in snowshoes but the trail had been broken out a few days earlier and the conditions were pretty good. 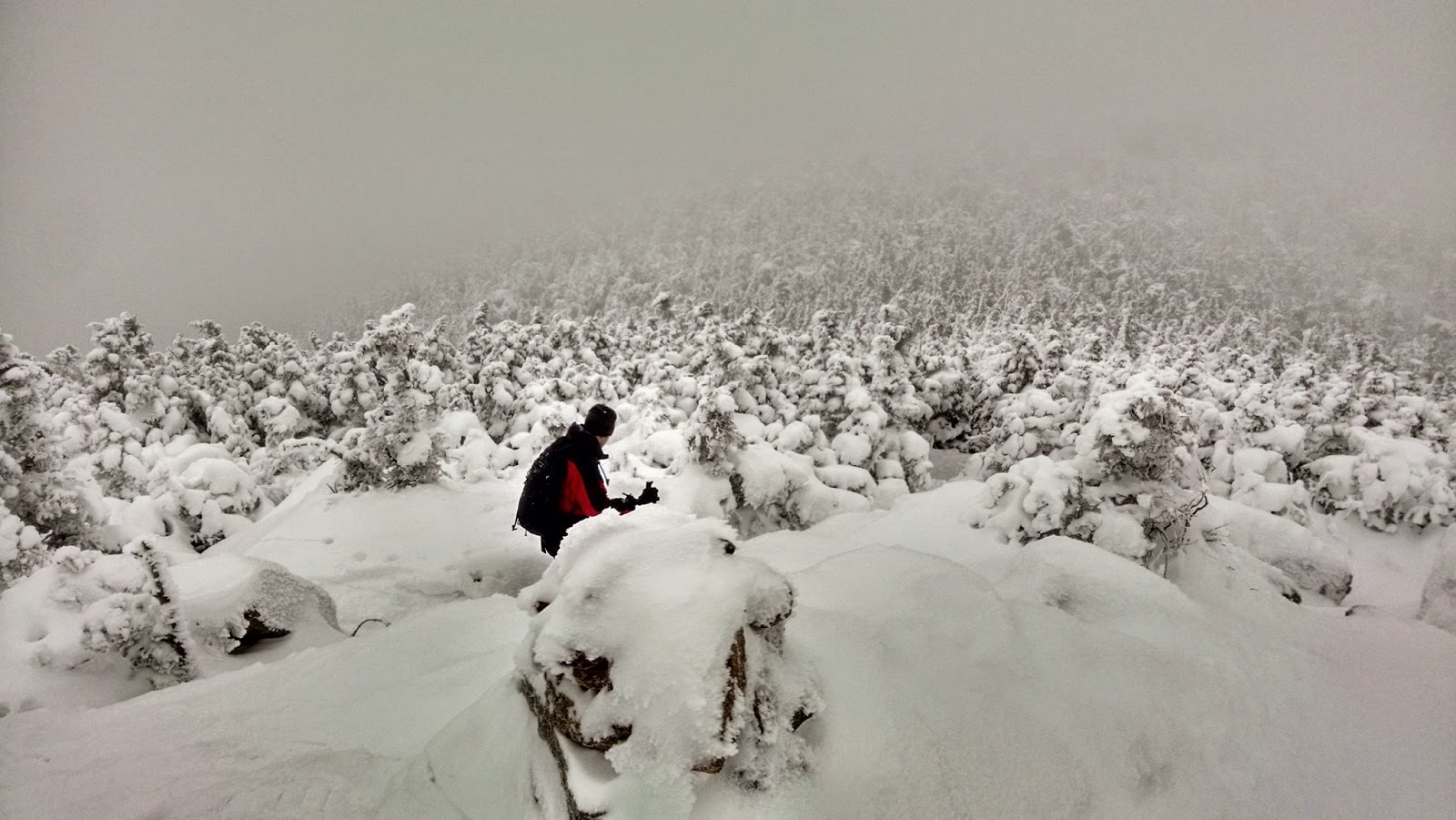 When we made it to the ridgeline about 0.3 miles from the summit, we kicked around the idea of going to snag the Flume summit too (which remains on my list). By the time we reached the summit, we were both pretty beat and the ridgeline looked very treacherous in the snow. It was clear that no one had been up there in several days. 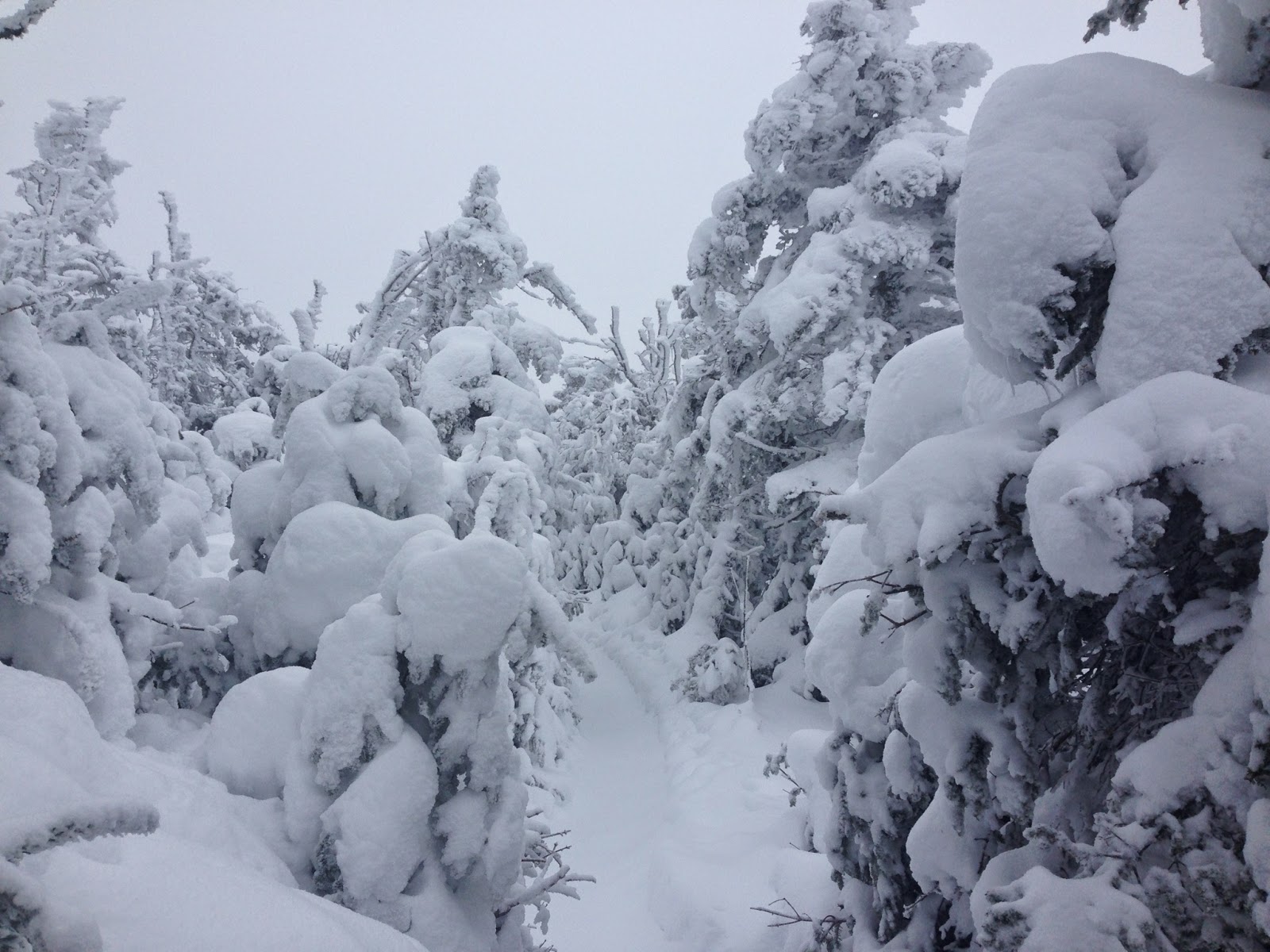 We didn't linger long on the summit, and although there were no views to speak of, the summit was very pretty blanketed in snow. We made great time heading down and even though we were in snow shoes, we finished the hike right around book time of 5:35. The weather largely held up, and we only had a few minutes of drizzle at the very end.

After the hike we headed over to drop our stuff and shower at the Woodstock Inn before catching a movie in Lincoln. We stayed at the Inn and headed back to Londonderry on Christmas Eve morning.

Neither of us brought SLRs because the conditions were so iffy, but some good cellphone pics can be seen here: Pictures
Posted by michael.j.maxwell at 2:12 PM